Comply With Police State – Lose Your Rights, Assert Your Rights – You Will Be Punished 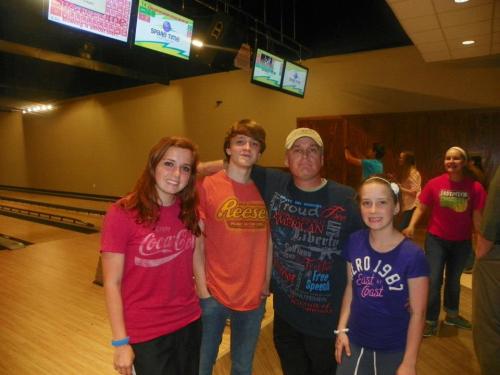 Combat Vet arrested in rural Texas and gun illegally confiscated in another random example of the Amerikan police state.

The America of Mayberry and Andy Taylor is apparently dead and buried.  Todays society has more in common with East Germany or the Soviet Union in terms of where oppression is going.

If you dare to take a hike with your son, even it’s a rural backwater of some kind – you better be helpless and disarmed if there be any law enforcement nearby.  For you will be stopped, questioned who, what, why,where, and when of yourself – and if you dare assert your rights – well, bad things will happen to you and you can kiss your guns goodbye.  Just as it did Army Master Sergeant. C. J. Grisham recently experienced himself.

“We’re exempt from the law” is not a phrase you want to hear from law enforcement in a constitutional republic as they manhandle you to the ground because they simply deem you a threat.  Nor do you want to hear a supposed police officer tell you that the law ‘doesn’t apply in this day and age as they handcuff you and assert that having a weapon is an automatic illegality unless otherwise ‘demonstrated’ suggesting that anyone owning a gun makes you dangerous.  And of course, when asked what laws you are being arrested for breaking – the police will not answer you and simply make one up when they process you.

It’s a sad day when an American hero, a combat vet states what is now the obvious truth: “If you comply, you’re giving up your rights; if you don’t, you’ll be punished.”

I just got off the phone with Army Master Sergeant. C. J. Grisham, a serving American soldier and veteran of the the wars in Iraq and Afghanistan, who recently was illegally disarmed by the Temple Police Department while out for a walk with his son.

“We live out in the country in Texas, near Temple,” he told me. “My son and I were on a ten-mile hike so that he could earn his hiking merit badge – it’s the last badge he needs to become an Eagle Scout.” But half way into the hike, Grisham said, “a police officer pulled up.” Initially, he was “cordial” and he “asked what we were doing.” Grisham told him. “Then he looked at my rifle. I carry a rifle any time I walk around because there are feral hogs and cougars and things like that.”

From here, things took a turn for the worse.

“‘Where you going with that rifle?’ he asked me. I said, ‘does it matter? Am I breaking any laws?’” Then, he says, the officer “grabbed the rifle without telling me – but it was attached to me. My immediate reaction as a combat veteran was to grab it back and then take a step back. I asked him what he was doing. So he pulled his gun on me. Then I thought about my son, so I put my hands off my gun and he told me to move over to the car. Luckily my son had the video camera to document the hike for his merit badge. I told him to turn it on.”

The video of the incident is below. I’d recommend you watch the whole thing. Note the officers’ ignorance of the rules they are there to uphold, the suggestion that the law doesn’t apply in this “day and age,” and the persistent claim that American citzens are presumed to have their weapons illegally unless otherwise demonstrated. Note the officer’s claim that merely owning a gun makes someone dangerous. Note the conflation of a soldier in a war zone with a citizen in rural Texas. Note the presistent refusal to explain what law Grisham has broken.

Particularly chilling is the officer’s telling Grisham that a police officer is “allowed to” carry a weapon, but that Grisham is not — despite Grisham’s having a permit. “We’re exempt from the law” is not a phrase you want to hear from law enforcement in a constitutional republic.

In an interview today, I asked Grisham why he thought the officer behaved in this way. “I don’t know,” he said “It’s not the law. You can’t go around taking guns without probable cause or a reasonable suspicion that someone is about to commit a crime. A lot of what the officers said is illegal, against Texas law, against national precedent, against Supreme Court decisions. I was legally exercising a right, especially in Texas where we have a right to carry weapons openly, and I have a concealed-carry permit. I wasn’t looking to make an issue out of it. I go up to Austin for Second Amendment rallies with my AR [rifle] all the time. But here in the country? Ultimately, it happened because I stood up to a police officer. I support the police. I’m on the public safety committee. But I also know that when I’m stopped by a police officer, I don’t have to say anything unless I’m accused of committing a crime. I’m not being a prick. I don’t think it was the gun initially, I think it was that my reaction hurt his ego.”

I suggest that this creates a Catch-22: If you comply, you’re giving up your rights; if you don’t, you’ll be punished. He agrees.

I ask what ”rudely displaying a firearm” means. ”There’s no such wording,” Grisham tells me. “I couldn’t find the word ‘rude’ in the penal code at all. You can openly carry a rifle as long as it’s not threatening. If it’s slung across your shoulder, it’s not threatening. When you point a gun at somebody then you’re breaking the law. But just walking around with a gun strapped in front of you is not threatening in any manner.”

What happens next? “I still don’t have my guns back and they took my concealed-carry license. I’m not accused of a gun crime, so there’s no reason for them to have my guns right now and the problem is that, what’s happened in the past with other soldiers is that the prosecutors will try and get the soldiers to agree to the police dropping the charges if they confiscate the gun — to have the charges dropped at the expense of their gun. This is a workaround loophole for gun confiscation.”

Does this happen to soldiers a lot? I ask. ”Yes, this has happened several times in this area. To Staff Sergeant Nate Samson, for example. He had to fight these guys for ten months. The charges were dropped, but he has no justice. He doesn’t have a lot of money to fight them. I have a pretrial hearing on May 29. The police are dragging their feet, not releasing the video. They’re waiting as long as they can — playing hard to get. . . . The reason I’m aggressive on this is that, in the military, if this happens, they initiate a flag that halts your career. You can’t take leave, you can’t be promoted, can’t receive awards or decorations. I am supposed to move to new base in July. I can’t do that. I’ve been on active duty for 18 and a half years and it’s got my career on a hold.”

I ask about his son. “I’ve tried to tell my son that this isn’t normal; that police officers don’t walk around doing this. He’s developed an unrealistic fear of police officers. We were bowling yesterday and he freaked out when a police officer walked in. He’s traumatized by the incident — seeing a gun pulled on his dad. I’m proud of him for his reaction. He’s doing well . . . we sit down and talk to our kids about the Constitution and guns and safety. My son can use every single weapon I have in the house from the AK-47 to .38 special.”

Is it particularly bad at the moment? ”I think so, yes. All the attention that the media and the politicians are giving to ‘assault weapons’ — I insist that none of my guns are ‘assault’ anything – is causing people to call and complain about seeing one. And instead of saying, ‘hey there’s nothing to be afraid of,’ they go out and hassle legal gun owners. Law enforcement have a duty to recognize that if someone is lawfully carrying a weapon then you should leave them alone. Who cares what somebody complains about?”