Obama Decrees Congress And Their Aides Absolved From Pain of ObamaCare 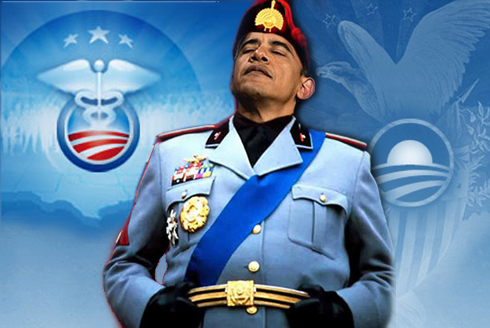 Taxpayers will foot the bill for Congress members and their staff’s ObamaCare Premiums.

Once again, Washington proves that it will absolve itself from all the rules, decrees and laws it imposes on us little people.  They mandate ‘ObamaCare for thee, but not for we’.  You see, the Congress Creatures complained that ObamaCare was going to be too costly for their 70 – 100k per year staffers and Federal Employees who were considering fleeing Washington with their Cadillac healthcare plans intact.  The very creatures who passed this heinous law on us, were complaining that it is too costly for THEM and their staffers and they were worried that many of them would leave Washington.

ObamaCare includes a provision, inserted by Sen. Chuck Grassley (R-Iowa), that requires members of Congress and their staffs to buy insurance through Obamacare, just like they require the rest of the American people they foisted this law upon.  As a result – Congress and their staffs were complaining that ObamaCare would be too costly for them to be a part of and they sought exemption from the law.

For months we’ve been hearing from both Republicans and Democrats in Washington, D.C. terrified that the implementation of Obamacare would decimate their staffs. Some senators and congressmen talked about a serious “brain drain” in Washington when their staff members leave. Congressman John Larson (D-Conn.), who voted for the health care law, said making the law apply to elected officials and their staffers was “simply not fair.”

The problem stems from the same issue other Americans have with the looming arrival of Obamacare: insurance premiums set to increase for just about everyone in the country. And people whose employers offer “Cadillac” coverage (like Congress and their staffers receive) will be hit harder.

Back in June, John Boehner and Harry Reid engaged in some kabuki theater – with Boehner pretending to want a full repeal of ObamaCare while secretly meeting with Harry Reid and Obama to find  a way to exempt themselves and Congress from the pain of ObamaCare.  Boehner has killed every effort made to DEFUND ObamaCare in the House, and is thwarting efforts by Rep. Mike Lee and Ted Cruz to make defunding ObamaCare part of the Continuing Budget Resolution of the debt ceiling in September.  Congress was crying aloud for Dear Leader to do something to spare them compliance with ObamaCare.  So Obama obliged them this week:

On Thursday, President Barack Obama met with congressional Democrats to discuss the problem, and reportedly told his team that he was “on it.” Friday morning brings many reports that a deal had been struck. Politico reported that the Office of Personnel Management intends to rule that the government may continue to contribute to the health care premiums of lawmakers and their staff.

The ruling means that despite an amendment that made all members of Congress and their staffs subject to the same law they are imposing on the rest of America, they won’t have to pay for it. Instead, taxpayers will be footing the bill.

‘Aint living in a dictatorial mobocracy of Socialists great?