Welcome To The New Amerika

Police State Amerika is officially here.  A nation where the State dictates all, and citizens routinely have guns in their faces and jackboots on their necks.

A California Highway Patrol officer and another emergency responder stop a vehicle at a checkpoint near a neighborhood where a federal immigration officer was shot and three local police officers were wounded during a confrontation with a suspect in the Sacramento suburb of Roseville on Friday, Oct. 25, 2013. (AP Photo/The Sacramento Bee, Randall Benton)

It’s a common sight in this nation now.   We’ve been conditioned to accept it.   Agents of the state with guns in the faces of citizens; SWAT-team raids that result in dead pets or dead grandfathers because trigger-happy thugs with a badge got the wrong house.

It’s intimidation by the state, in the name of safety and security – for the agents of the state.
And we go along with it.  Just look what has been going on right in our faces this past year alone:
They will militarily lock down your town.

If you don’t comply with Amerikan Gestapo screaming orders at you with a gun to your face, and you will be shot dead.  Doesn’t matter if you are mentally handicapped or deaf, or simply shocked that you suddenly find yourself being a target for some inexplicable reason.  Then the agents of the state will lie and falsify reports to insist you had a weapon and accuse you of some nefarious type of assault – justifying their execution, which will be almost automatically upheld.
This is become a normal everyday occurrence with militarized police forces at the courtesy of Obama’s federal beast.
They kill 13 year-old kids because when a Predator Drone spots your child with a plastic toy Airsoft pellet rifle, they will declare him to be carrying an ‘assault rifle’ and shoot him dead on the spot, upon which they will handcuff his body to make sure he doesn’t pose a threat to the police anymore.

They will conduct realistic drug raids on middle school children to get them conditioned to police raids, and when one of their attack dogs bites an 11-year-old because the cops slipped traces of drugs on him “to make the exercise more realistic”, they continue to terrorize the rest of the kids while continuing the ‘raid’. 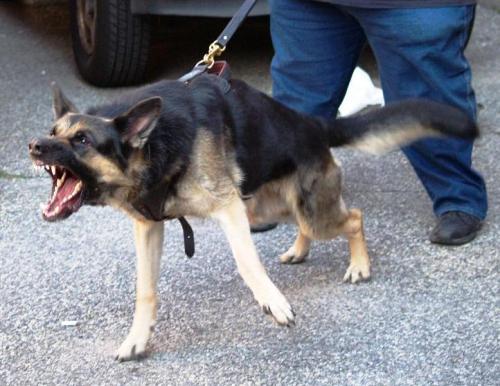 What was pitched as a “drug awareness” event was in reality more of a “police state conditioning” drill.  Young, impressionable kids were subjected to witness first-hand one of America’s most offensive policies: cops crashing into private parties to arrest citizens for possessing a plant or a substance without permission.  The kids were being conditioned to accept that getting searched by police dogs without cause is normal behavior that should be supported.  An unnamed boy was bitten by the dog and transported by ambulance to St. Vincent Clay Hospital for puncture wounds on his leg from where the police K-9′s fangs had ripped his skin open.  If this show of ‘realism’ wasn’t enough, police went forward with another drill on the  kids as the young boy was being carted away in an ambulance.  There were 4 “scenarios” carried out that day.

This isn’t America anymore.  Obama and Statists are turning this country into North Korea.
And many of the people who are your neighbors want more of it: