The Imperial Arrogance of Obama Continues 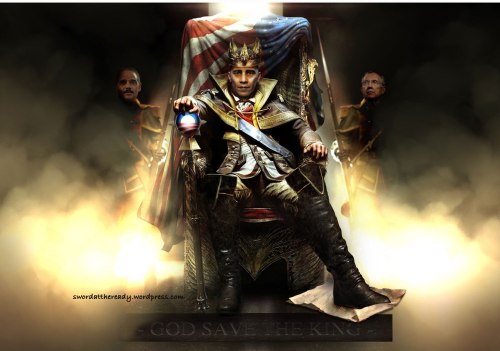 The imperial arrogance of Obama seems to know no bounds.

The Imperial Arrogance of Obama Continues

There are times when I wonder what I would do if I was freed from the normal constraints that bind all of us, such as morality, conscience, and laws. Would I do as I pleased and seek only my gratification, not caring if my actions hurt others in the process? I would hope not, but the truth remains that all of us have constraint put upon us by society, either through religion or laws. Hmmm…perhaps I spoke too soon. There are some that seem to enjoy not having any shackles put upon them by society, such as President Obama. It must be very gratifying to ignore the rule of law and just decide what to do based upon your latest whim. Don’t care for enforcing a particular law one day? Then decide not to do it! Change your mind a week later? Then it’s full throttle for making sure that law is obeyed by the masses. The imperial arrogance of Obama seems to know no bounds.

We have ample evidence of his “I’m above the law” mentality that he carries with him. Our latest example deals yet again with ObamaCare, that bloated train wreck designed to destroy private insurance and private medical decisions in lieu of big government blessings. Once again Obama has decided to push back the employer mandate another year, which just happens to be past the upcoming midterm elections in late 2014. I won’t bother going into the details, but thresholds have been changed yet again, and employers will have to adjust to them. Nothing like having to jump hurdles when the course is constantly being changed, but then again Obama doesn’t worry about that. Only peasants have to worry about obeying the law. Elites like him and other cronies can flout the law all they wish with little to no consequences. Their legally-binding oaths to protect and honor the US Constitution are worth as much as my belly-button lint.

What I find even more enlightening is the comment that he made while touring Monticello with French President Francois Hollande. He quipped, “That’s the good thing as a president, I can do whatever I want.” While his defenders will say that he made that quip in jest, I think it shows his true mindset that he can do whatever he wants, whenever he wants. He told Congress at the State of the Union speech just that. He would use the pen and create legislation if they didn’t do what he wanted them to do. You really can’t get more imperial than that. Obama was elected president, not emperor, but it seems he thinks otherwise.

The fact is that Obama is doing what he wants because nobody is trying to stop him. Congress refuses to act against his illegal activities. The Supreme Court refuses to act against him. Obama has the full weight of the executive branch and his personal goon, Eric Holder, to do his dirty work. The mainstream media is actually cheering him on in his lawlessness. Charles Krauthammer said it best when he described Obama’s latest ObamaCare action “the stuff that you do in a banana republic.”