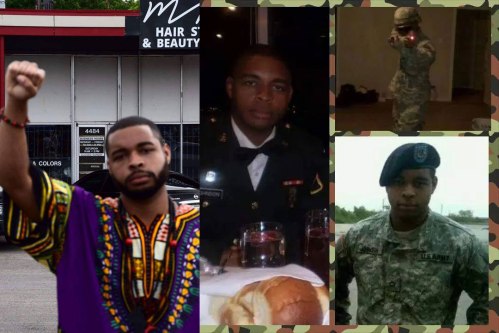 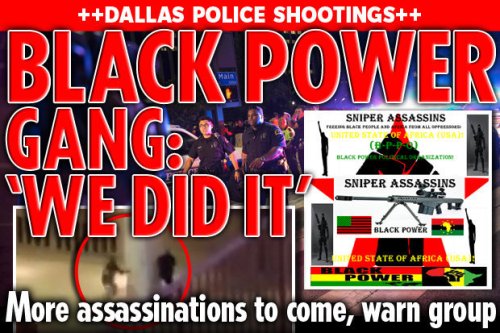 Have you noticed that after every Jihad killing spree Obama preaches that we must be tolerant and advises there should be no backlash against Muslims while scrubbing any reference to Islam?

Have you noticed that after any Black on white violence, there is silence from both the Obama regime and the media while any reference to a black, Muslim or minority is scrubbed?

Have you noticed that if a massacre by a protected minority of the Obama regime is sensational enough they demand tolerance and understanding preaching that retaliatory violence is not the answer?

Have you noticed that after every mass shooting, Obama blames guns, whites and income inequality?

However, have you noticed that after every single police action against blacks, even in the midst of ghetto thugs committing a crime, Obama is up front to blame racism and whites for the “unfair targeting of blacks”?

If you connect the pattern, you can clearly see that Obama has been stoking a race war since he has been in office – pouring volatile gasoline in pools all over the cities in America where matches are already lit.

Yesterday, Obama lit the fuse himself just hours before a madman who said he wanted to kill Whites and especially white police officers shot 11 cops and killed 5 of them.

A man accused of shooting indiscriminately at passing cars and police on a Tennessee highway told investigators he was angry about police violence against African-Americans, authorities said Friday.

One woman died and three others, including one police officer, were injured in the rampage.

Obama has blood on his hands.  He has divided and stoked the nation into a conflict that he himself has green lit.  He has instigated a war on police, and nationalized several local police departments, whereby the White House dictates who and how they uphold the law, and which laws they are allowed to enforce.  Obama has been emptying  federal prisons of convicted drug felons because of their skin color and restoring ex-cons’ right to vote.

Today his Heinous went on his usual condescending, meandering lecture and blamed the assassinations on guns, when the perp himself stated his reasons for killing White cops, was in concert with Obama’s own rants about race and police action involving blacks.  But as is predictable, Obama went on to blame the guns.

“We also know when people are armed with powerful weapons, unfortunately, it makes attacks like these more deadly and more tragic,” he said. “In the days ahead, we will have to consider those realities as well.”

And of course as expected from fellow Alinskyite Hillary Clinton, she too blamed white people on CNN with Wolf Blitzer exclaiming “Too many African- Americans have been killed by police officers….There’s bias and racism in this country against the black community…I call on ‘white people’ to put ourselves in their shoes who have to have the talk about how to protect themselves”.

Out of chaos comes order, and if the promised vendettas and assassinations by black power groups actually happens, Obama will not only push for gun bans via his pen and phone, he will do what all despots do – and target the very people he unleashed his hordes against.

“More Will Be Assassinated In The Coming Days! Do You Like The Work Of Our Assassins? Get Your Own Sniper”

A Facebook page claiming to represent a black power group has posted messages claiming responsibility for the deaths of five police officers in Dallas.

Five officers were gunned down by at least two shooters who picked out officers from an ‘elevated position’ – believed to be a multi-storey car park.

It came in the week of public outrage over the deaths of two unarmed black men shot by police.

…The so-called Black Power Political Organization claimed on its Facebook account that it was behind the attack and that ‘more assassinations are coming’.

However, authorities in Dallas have not confirmed any political link to the shootings.

Its message – posted in the aftermath of the shootings – said: “‪#‎BlackPower‬! ‪#‎BlackKnights‬! Sniper Assassins Take Down Five Police Officers! And More Will Be Assassinated In The Coming Days!

The account has since been taken down and Facebook confirmed to Mirror Online said the page was removed for violating its standards.

The group has posted dozens of statements on alleged racially-motivated incidents and threatening violent action over at least the several months.

And this is a war make no mistake, whether we would recognize it or not.

Black power groups are busy reaching out to ISIS and militant Jihadists that Obama is flooding the country with from Syria and the Middle East for help against whom they say is a common enemy:

This is just the beginning since Obama green-lit a race war.  Like all Marxists and Communists, a “revolution” does not achieve the desired results without mayhem, bloodshed and violence to get the people to accept draconian measures to “restore law and order”.

The goal for some appears to be to create mayhem and anarchy so that the conventions cannot go forward so that Obama can suspend the elections in November as some BLM members are texting and tweeting among themselves:

And not just the mobs of blacks stoked into a racist fury by race pimps and Obama, but big players are investing in chaos and anarchy in order to bring about their much-desired outcomes.

Leftist billionaire George Soros has put at least $12,460,121 into the Black Lives Matter movement and the shadowy radical Leftist network that funds it for one purpose and one purpose only – to destroy the “white” American core of capitalism, free markets, limited government and American traditional culture and values.

At that time the violent disruption of Donald Trump’s rally in Chicago and the subsequent Leftist riot outside the venue, coupled with the threats of violence that caused the cancellation of Ted Cruz campaign activities in Miami, should have put Republicans and conservatives on notice that Obama’s radical transformation of America was not going to end quietly.

It goes downhill from here.