Where Have All The Christian Soldiers Gone? 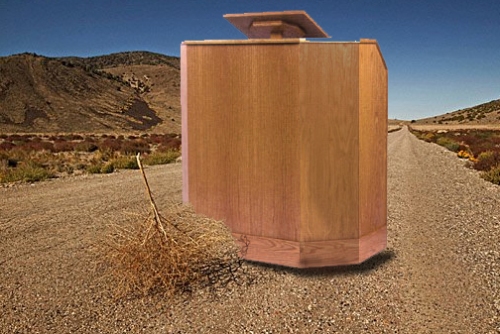 The abject failure of the Christian church in America is astounding when you compare the church today with Americans from 70 years ago.

This essay on the condition of Christianity in America is so succinct in it’s indictment – that to ignore it is to invite the judgment that is for certain coming upon the House of God in this country.  As I have stated before, in the context of the bible and our military: a military that is not bound by the bible and Christian principles is a military that can be used to crush righteousness and impose wickedness.

George Tate was in the US Army in World War II. He served in a unit that was establishing communication lines across the Himalayas.

George’s son, Sid is a parishioner, he said about his Dad, “His plane was riddled with enemy gunfire going in, and as I understand it his job was conducted in an active combat zone. He received the Bronze Star, which was the military’s 4th highest award:  Awarded to ‘any person whom while serving in with the United States military after 6 December 1941, that distinguished himself or herself apart from his or her comrades by brave or praiseworthy achievement or service. The act justifying award of the medal must be performed while fighting an enemy of the United States, or while involved in conflict with an opposing/foreign force.’ ”

Sid sent me this snapshot  of the opening pages of his Dad’s government issued WW2 G.I. Bible.

Note the beautifully written letter from the occupant of the White House. It is simple, dignified and full of an assumed faith, shared hope and noble spirit.

Imagine such a letter being written today by the present occupant.

Is such an awareness alive in our society today? I don’t see it.

Should the armies of the False Prophet Mohammed advance, and should we need to go into battle would we be able to summon the same Spirit of noble Christianity in our country today? I doubt it.

What strikes me about this artifact from the second world war is that this Bible was issued to the troops without question. It was seen to be part of their equipment and to be accepted by all with an open heart and mind.

Millions of young Americans went into battle across the world from a country that was truly Christian in its worldview and self understanding. They were not all knights in shining armor, they were a band of sinners, but they had a shared underlying faith and set of moral values. They understood that they were engaged in spiritual as well as physical warfare.

Furthermore, they were clear about their objectives. They were faced with an overwhelming and clearly evil force and they rallied to defeat it.

In the intervening seventy years our moral fiber has been so weakened by wealth, decadence and self indulgence that it seems unlikely not only that such a noble letter would be written from the White House, but that our own people would be able to respond with anything like the simple, noble spirit evidenced by this soldier’s Bible.

Our country has suffered from a severe disintegration of our faith so that many no longer believe in the spiritual dimension of evil nor do they believe in the concept of good and evil at all. Instead “evil” is what does not work and “good” is what works. There is no need for virtue in utilitarianism.

We are also reeling from a moral revolution so destructive that we still cannot understand its final implications.

I’m talking about the sexual revolution of the 1960s. What came along with the pill was not just illegitimacy, abortion, divorce, pornography and sexual disease. The other destruction was the erosion of the moral sense. For most men the first and most pressing area of self control was to control the sexual drive. With the pill and anti bionics that was gone.

Once that area of life no longer needed to be controlled why control anything else? The rampant sexuality brought on rampant greed, rampant violence, rampant self indulgence, rampant gluttony, rampant drug use, rampant alcohol abuse. Why control oneself at all? There was suddenly no motivate to achieve virtue. Why should one seek to be virtuous unless one retained some sort of religious faith, such an ambition was pointless.

The men who fought were our fathers and grandfathers. They were manly, simple, strong and good. They were good and they are gone. What would those young men have thought of the state of our nation today? Abortion on demand? Same sex marriage? Sex education for first graders? “Transgendered” men dressing as women and having an operation to become women? Women priests and homosexual priests? Those who survive must be horrified. Those who have gone would ask if this is what they fought and died for.

There are wonderful, strong and good fighting men and women in our armed forces today.

I also know that much of the rot in our country today was brought about by the very men who returned from the second world war and pursued a path of greed, self indulgence and worldly power.

Nevertheless, this artifact from only seventy years ago reminds us where we were and how far we have fallen.

This is the Muslim criticism of our culture: that we are the Great Satan: we are decadent, immodest, sexually depraved, twisted, fat, complacent, immoral, violent and cruel. They see that we kill our unborn, divorce our wives, rape our children and murder one another in the streets. That’s how they see us. Are they completely wrong?

In one of the other front pages we see the Lord’s Prayer one the left hand side and well known Christian hymns on the right.

The first hymn listed is “Onward Christian Soldiers…Marching as to War…with the cross of Jesus going on before.”