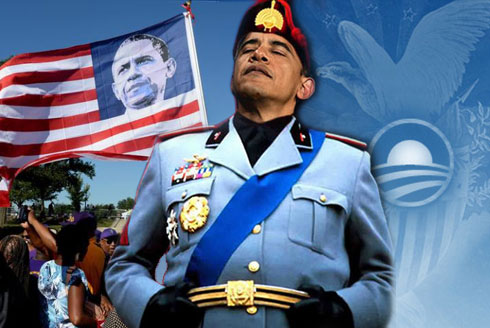 The Republican-Surrender to fully fund Obama’s total fundamental Transformation is all the proof we need to know that the Constitution has been completely overthrown.

Is America a Representative Republic?

Think of it as a Leftist Caliphate.  A radical Marxist/Communist/Secular Humanist Police State with a defacto dictator with a god-complex.  It is also an ideological State Religion that seeks to force everyone’s conversion to their faith after they bankrupt the masses while enriching themselves and their Chamber of Big Fascism Comrades with your money and consigning your posterity to a horrifying future where all religion, speech and rights are eradicated, regulated, licensed and only allowed by the grant of government according to what they deem fits the new morality.

For all the folks out there hanging their hats and all their hopes on the next presidential candidate they think will save us, I will say this once more: tyrants do not yield power to those they rob and rule.

Rep. Paul Ryan (R-WI)’s first major legislative achievement is a total and complete sell-out of the American people masquerading as an appropriations bill.

GOP Sells America Down the River

Before the English Civil War, British kings had a simple process for raising money for their various endeavors: they called a session of parliament and requested nationwide taxes and excise.

Parliament generally funded the kings, but if they refused, the king could dissolve the parliament. Eventually, that system ended after a series of mistakes by King Charles led to the rise of Oliver Cromwell’s New Model Army.

President Obama faces no such obstacles.

Our elected King gets precisely what he wants from his compliant parliament. Elected Republicans refuse time and time again to use either of the constitutional powers delegated to them to stop an overreaching executive: impeachment or the power of the purse. Impeachment would likely fail simply due to lack of votes in the Senate. But refusal to pass conservative spending priorities out of fear that Obama will veto them and that the government will then “shut down” has paralyzed the Republican opposition to Obama.

So they just give Obama what he wants.